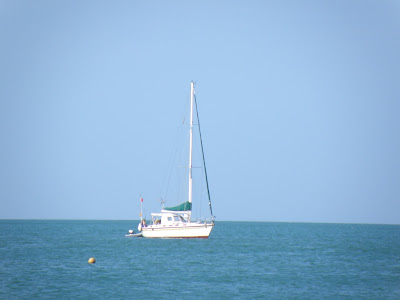 Welcome to Malaysia, another place in the world that has more and more yoga practitioners and lots of yoga studios, centers and clubs are blooming in most of the major towns in Malaysia.

It is great to have so many Malaysians are interested in learning and practicing yoga regardless of whether their motive is for attaining health and fitness benefits only, or for conquering the mind for attaining self-realization to be liberated from ignorance and suffering. Regardless of all the different ethnicity of Malay, Indian, Chinese and any other ethnics in the country, many people are very enthusiastic in going for some yoga classes regularly.

Malaysia is a 'heaven' on earth geographically. It doesn’t have many natural disasters like earthquakes, volcanoes, sand storms, wind storms, hurricanes, cold winter, hot summer, or extreme weather. Throughout the whole year it has a stable temperature and rainfall. The forests and jungles are always green and there is minimum problem of dryness, as long as the forests and the environment are being look after accordingly.
Most of the people in the world are friendly and welcoming towards people from other countries and different cultures, especially in terms of promoting the tourism industry where foreign tourists come into their country only to spend money as well as promoting their country 'positively'.
Though unfriendliness and non-welcoming attitude also exist in many countries coming from certain close-minded people towards foreigners of certain nationalities and financial status out of the sense of superiority/inferiority, discrimination and intimidation, while at the same time, they would be friendly and welcoming towards some other foreigners of certain nationalities and financial status that they think are more superior than the others, especially those who are not trying to work in their country for making a living, but are bringing in foreign currency into their country, spending lots of money in their country as tourists or retirees.
Many people also would feel being intimidated by other people especially foreigners who are more intelligent, more skillful and more hardworking than them. Anyway, different kinds of discrimination exist in everywhere in this world of ignorance and egoism.
The one great advice from the past Gurus for the truth seekers, is that in order to counter all these ignorance, is through the practice of dispassion and renunciation from worldly affair.
Despite the imperfection of some political conflicts/corruptions, petite crimes, prejudice, intimidation and discrimination deriving from certain amount of close-minded prideful people, which is very common in everywhere in the world, most people would like to live in peace and harmony with all the different races/cultures/beliefs, and to respect each other’s different ethnicity, culture and belief. Most people are wishing for positive over-all improvement and prosperity for their country to become an environmentally and humanely beautiful and peaceful place for everyone (citizen or non-citizen) to live in and visit. Unfortunately, all these are just some hopeful imaginations and almost impossible to be materialized, if the country doesn't have a non-discriminative and non-oppressive good government run by wise and compassionate open-minded human beings to lead and facilitate everything wisely and compassionately.

Those who are wise and compassionate are not interested in ‘controlling’ and ‘regulating’ all and everyone to be or not to be in certain way, but would facilitate all kinds of necessary support and convenience that allow all and everyone to learn how to be independent financially, physically, mentally and emotionally, and become self-initiative and responsible peaceful human beings to be looking after themselves and others in the surrounding environment, as well as to be looking after the over-all well-being of the environment and the world, or not. Allowing all and everyone being what they are, as they are, governed by the law of nature, or the law of cause and effect. There’s no need an authorization/authority to be there to ‘control’, ‘restrict’, ‘regulate’, ‘oppress’, ‘prosecute’, ‘judge’, ‘criminalize’, ‘penalize’ and ‘punish’ anyone for anything.

The separateness and discrimination of ‘foreigners’ and ‘locals’ or ‘citizens’ and ‘non-citizens’ shouldn’t be existing in this world at all, where all beings (human or non-human beings) are equally same, momentarily existing and occupying this world and all are subject to the law of impermanence and selflessness. But survival instinct and possessiveness/protectiveness/control born out of ignorance and egoism in human beings created all the different boundaries separating and discriminating, controlling and restricting, legalizing and criminalizing all and everyone under certain law and order created by ‘the authority’ of human beings. There’s no real freedom or peace to be found in this world run by human beings under the influence of ignorance and egoism.

Real independence of a country is not just about free from being governed by the foreign power of another country and having their own democratic elected government, but it’s about the people, especially those who run the government, or the leaders/facilitators/law makers, are free from the influence of ignorance and egoism, where the country is free from being governed by a ‘corrupted’ government that is run by a group of corrupted human beings under the influence of ignorance, egoism, greed, pride and selfishness.

The political history in the world reveals all kinds of ignorance and selfishness in many ways.

Authority of any kind doesn’t exist in the truth of the universe governed by the law of nature, of cause and effect, where all and everything are subject to the truth of Impermanence and Selflessness. Not even the selfless almighty ‘God existence’ that many human beings believe in, is self-appointed or self-authorized as the highest authority of the universe to be busy authorizing or non-authorizing this or that, to be governing, discriminating, monitoring, regulating or controlling this or that for being existing, changing, decaying and ceased existing under the law of nature.

Those who want to think positive and be optimistic towards developing and hoping for a ‘better’ world, will only end up in great disappointment. Free from positive or negative, optimism or pessimism, one can do one’s best for what one thinks and believes as beneficial for oneself while living in this world and/or for the over-all welfare of the world, but without attachment or expectation towards the actions and the fruit of actions, and allowing the world being what it is, full of ignorance and egoism and the consequences of that.

Performing beneficial actions for oneself and/or the world, but without any intention of controlling, changing or expecting anything and anyone to be or not to be in certain way, is the essence of Yoga or Buddhism.

There are some human beings are truly selfless and compassionate serving the community of diversity and helping the less fortunate human beings or non-human beings, non-discriminatively. They might not be involving in any form of yoga practice, but they are the 'yogis', who perform selfless service to benefit the world without being determined or disturbed by the ignorance and selfishness in the world. There are people who are also doing something to help others, but with particular intention to convert others to take up or believe in their particular religious belief and practice, or to be getting other people's support towards a particular political party or social group, that is nothing to do with 'selfless service'.

Yoga is a universal non-discriminative teaching and practice for all and everyone that can bring peace and harmony into all the different diverse people who live in Malaysia or anywhere else in the world regardless of the different races, cultures, beliefs, languages, genders, social/financial status, educational backgrounds, or nationalities. Although Yoga originates from India and the Vedas are part of Hinduism, yoga exists for all living beings who are in search for self-realization, or liberation from ignorance and suffering. There is no discrimination of genders, races, religions, languages, beliefs, cultures, castes, sects, nationalities, social and financial status, education levels, or so called good and bad people in the propagation of yoga.

Under the wisdom eyes of yoga, all are one and equal beyond all names and forms. All are subject to impermanence and selflessness. Every living beings are entitled to walk the path of yoga and attain self-realization. There is no superiority or inferiority. There is no ego involved in the path of yoga because the main teaching and realization of yoga is selflessness or egolessness, that leads to the realization of oneness, non-separateness, attributelessness, namelessness, formlessness, birthlessness, deathlessness, beyond time, space and causation.

The existence of the teaching and practice of yoga is for all beings to transcend ignorance and suffering and leads every living beings towards the realization of the essence or nature of everything, or the selfless universal consciousness which is changeless and limitless, which is beginning-less and endless, beyond creation and destruction, beyond birth and death, beyond good and evil, beyond happiness and suffering, and beyond the mind perception of all kinds of impermanent selfless names and forms that are subject to decay and selfless impermanent changes (the basic suffering of restlessness and survival instinct).

If all and everyone sincerely practice yoga, attaining self-realization and realizing selflessness, the world is a peaceful heaven, being free from ignorance and the consequences of ignorance, even though nothing can escape all kinds of inevitable selfless impermanent changes.
Although in the year of 2008, there had been an issue about the Fatwa on yoga for Muslim in Malaysia, but it shouldn't and wouldn’t change the understanding of yoga in the mind of the many Malaysian Muslims who are sincerely practicing yoga and who truly understand the wisdom, peace and harmony that the yoga teachings and practice brought into their lives and into their family and community.
The wisdom and compassion that people attained from the yoga practice will not disappear due to the issue of Fatwa on yoga, or any kind of corruptions deriving from ignorant egoistic human beings that exist in everywhere in the world.
The real yoga practice of freeing the mind from ignorance and egoism will make any person becomes a true religious and spiritual person that propagates universal non-discriminative love, peace, respect and harmony among all beings in the world, not just propagating discriminative conditional love, support, empowerment and protection among a particular country, community, ethnicity, culture or religion, while helping people to develop stronger faith in their religious and spiritual practices which is supposed to develop unconditional non-discriminative love, peace, respect and harmony in their minds and in life, and not about empowering self-interest and self-protection towards a particular nationality/ethnicity/culture/religion, provoking anger, hatred, discrimination and prejudice, and empowering selfishness and petite mindedness.

May we all appreciate the good geographical environment in Malaysia for us to live in and to practice yoga.
Posted by Meng Foong at 9:40 PM