chapter 30 - Neither good nor bad 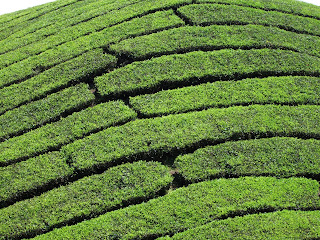 Many people misunderstood about the term of ‘there is no good and there is no bad’. They misuse this term and do whatever they want to satisfy their cravings and moods.

The truth is the essence of everything including food, plants, living beings, non living beings, money, drugs, alcohol, love, passions or anything that the mind can perceives, that they are neither good nor bad in nature because these existences have no qualities and intentions to be good or bad.

They exist because there is a reason for them to exist. Such like germs are here to create illness and decompose the dead body.

The craving and addiction for alcohols and to get high (‘stoned’) by using drugs (soft or hard) is so powerful to make a person loses its self control, morality and sanity to think right and do right. They will ignore or neglect their responsibilities towards themselves, their family and friends, and the society in life.

Most of the alcohols and drugs addicts disconnect themselves from their responsibilities towards themselves and others. Sometimes he would steal, lie or does anything at all to get his craving satisfied when the craving is so intense.

For how many times a person wake up in the morning feeling sick and lazy due to consumption of alcohols or taking drugs on the previous night, and not willingly to go to work or not able to perform their daily responsibilities?

How can the parents take care of their children after taking drugs or alcohol?

The truth is many people did not realize that they are under the influence of these possessions and it is damaging their personality, health, clarity, self control and relationships with others in a long term period of time.

People who practice Yoga and meditation don’t need to take drugs to help them to relax and should not be craving for the sensation from taking drugs (to runaway from the worldly tensions and troubles temporarily) when the teaching of Yoga is to relax the body and mind through yoga practices and meditation, and not by running away from problems but to confront the problems, and also to work on minimizing and controlling of our cravings for sensual pleasure.

Because by using drug to get a momentary/temporary state of peacefulness or cutting off from the senses, such as anesthetic will numb our senses and take away the feeling of pain for a short while for surgery, but it is not the end of our journey of suffering or unhappiness because we will have to come back from that momentary ‘peacefulness’ as soon as the effect of the drug is gone.

We still have to confront our accumulated karmas and continue our journey of life existences again and again in whatever form, to finish up/burn off or to consume and payback our past karma (both good and bad) created by our own thoughts, actions and speech.

And it is so dangerous when a person is under the effect of drugs, he doesn’t have self control over his own actions or what others can do to him. We might do something so bad even without our awareness of it. Usually we can not recall any memory from the time when we were being given anesthetic.

We might cause injury to ourselves or to other people when we don’t know what is going on when we are under the influence of drugs.

And so what is so great about being high then? Just for temporary sensual enjoyment but risking the clarity of our mind? It doesn’t worth well.

Most of the drug addicts are trapped in the craving desire of getting the sensation from taking drugs although it is harming their well-being. And it didn’t help them to get rid of ignorance and attain wisdom (true and never-ending peacefulness).

As long as there is an idea of running away from unhappiness/suffering or longing for happiness, we won’t be able to attain what is called self realization or enlightenment (state of infinite peacefulness) even if we do not take drugs and doing a lot of practice (Tapas) because we are still trapped in the desire of want and don’t want.

Some people complain that to observe the practice and the disciplines (austerity) is a very hard thing to do. It is not middle path, so say some people.

Actually it is their ego and mind are rejecting the rules, and the restrain of conducts that are really irritating them because it’s against what they like to do and make them do what they don’t like to do.

When a person is under the influence of the desire of cravings, the ego will try to avoid any talks that is contradict with its desire and just want to think of whatever reason that can back him up to satisfy his desire and to prove that he is right.

It is the ignorance and greed that transform so many things into evil and have bad reputation even though in their original essence, they are neutral and have neither qualities nor intentions of good and evil, such as money and love relationships.

Money doesn’t hurt people, relationship doesn’t bring suffering. It is when the intention of a person is lustful, greedy, immoral, and lack of self control, then money and relationship will bring painful sorrow and suffering to him and others.

When a person with pure intention that is loving, content, selfless and have self control, then money and relationships only bring joy and happiness to him and others.

Every being, mobile or immobile, has neither pure goodness nor pure badness in it. Definitely we have no rights to judge anybody and anything, as well as to judge our own self, because in every living being, there is some goodness and some badness in them.

Only by the practice of self restrain, purification, concentration and meditation, we can truly regain the state of pure consciousness where all the karma are burnt off and we stopped generating new karma by renunciation from fruit of actions.

There is no more karma left for us to be reborn repeatedly and continue being trapped in ignorance when we are ‘non-action’ in actions. We do not generate either good or bad karma in this understanding of detachment from the fruit of action.